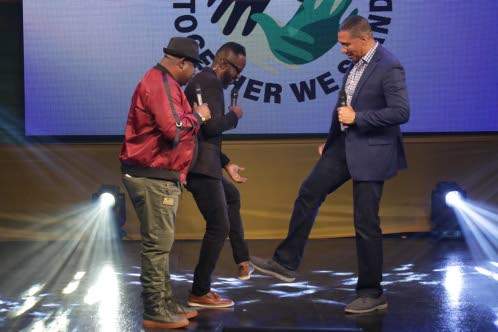 THERE is still no word on a final tally of funds raised from the ‘Jamaica Together We Stand’ telethon staged on Sunday, to aid the country’s fight against the novel coronavirus (COVID-19).

According to organisers, the figures are still being tabulated as calculations and currency conversions are taking place and, therefore, the final figure will not be known for a few days.

The telethon will also be repeated on various platforms in different time zones to allow persons, especially in the Diaspora, to make their contributions.

On Sunday, close to 100 Jamaican and international personalities and musical artistes made their contribution to ‘Jamaica Together We Stand’ which aired on local television and various social media platforms.

The six-hour event was staged to raise funds to purchase personal protective equipment and other amenities for front line workers, including health care staff and members of the security forces in their fight against the coronavirus pandemic.

Halfway through the event, the tally from donations stood at US$210,000. Up to press time, a final figure was still being tabulated by the team headed by Entertainment and Culture Minister Olivia “Babsy” Grange.

Co-hosted by actors Dahlia Harris, Oliver Samuels, Christopher “Johnny” Daley, Ity and Fancy Cat, as well as singer Naomi Cowan, the event saw a blend of live and recorded performances. Messages of support and encouragement were interwoven with the announcement of pledges.